How Much is a Silver Dollar Worth?

Silver dollars were once the accepted currency of the United States. The first silver dollar was minted way back in 1794, and it was one of the most widely-used forms of specie until the U.S. officially transitioned to paper currency in 1970.

The good news is that the silver dollar value has actually increased in the last few decades. The value of a silver dollar continues to rise with the price of silver. Below, we answer the question “how much is a silver dollar worth?” Our Twery’s experts will teach you what you need to know about silver dollars, their value, and the more popular options. 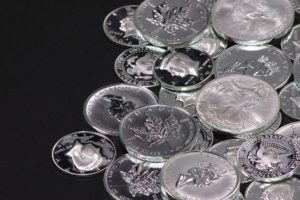 How Much is a Silver Dollar Worth?

To know the value of your silver dollar, you have to understand how silver and coins are valued. The value of numismatic metals (metal in coin form) is determined in two ways: 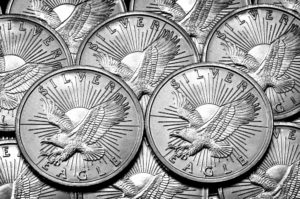 When it comes to finding the value of silver dollars, you have to take these two things into account.

[su_note note_color=”#e2ae00″ radius=”0″]However, if you have an Eisenhower Silver Dollar, you’ll find that their collectors’ value can actually be a lot higher than you’d expect:[/su_note]

The Peace Silver Dollar was minted between 1921 and 1935 in Philadelphia, with a little over a million of these coins minted. It’s made of 90% silver, so it has a melt value of roughly $15 (depending on the price of silver). It weighs just under 27 grams and is 38 millimeters wide, with the face of Lady Liberty on one side and a bald eagle on the other.

[su_note note_color=”#e2ae00″ radius=”0″]However, if you look at the collectors’ value of the dollar coins, you can get a lot more for your silver dollars:[/su_note]

The Morgan Silver Dollar was minted between 1878 and 1921, with only 749,000 of them ever produced and put into circulation. This rarity and its limited availability make it one of the most sought after silver dollars.

Oddly enough, the melt value of the Morgan Silver Dollar is only around $15. It contains 90% silver and weighs just 26.7 grams. 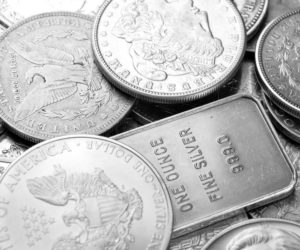 The values listed above are for the most commonly available silver dollars, but there are a few collectors fortunate enough to have rarer silver dollars. The value of silver dollars can rise VERY high—up to $10 million, in one case—if the coin is sufficiently rare.

Here are the values of some of the rarer silver dollar coins:

As you can see, a silver dollar can have A LOT more value than its melt value. It makes sense that you’d want to find out more about the value of your silver dollar coins before selling them off.

Let Twery’s help you out! Our professional appraisal service will give you the true value of your coins. Our experts are well-versed in rare coins, and we can help you find how much your coin is really worth.

[su_note note_color=”#e2ae00″ radius=”0″]You NEVER want to sell the coin for melt value! Instead, get an appraisal of your silver dollar before selling. With our help, you may find that you have a coin that is worth a good deal more than you’d expect. That family heirloom or silver dollar passed down from your grandparents may be a hidden treasure.[/su_note]

What did you think of the information above? Pretty amazing how coins can be worth so much, isn’t it? Leave a comment below and let us know what your favorite silver coin is…